Sometimes a band needs their own review, and if ever there was one, Biuret is it. Technically, this took place on Day 2 of Zandari, but I had more to say about this performance, so they get their own post. 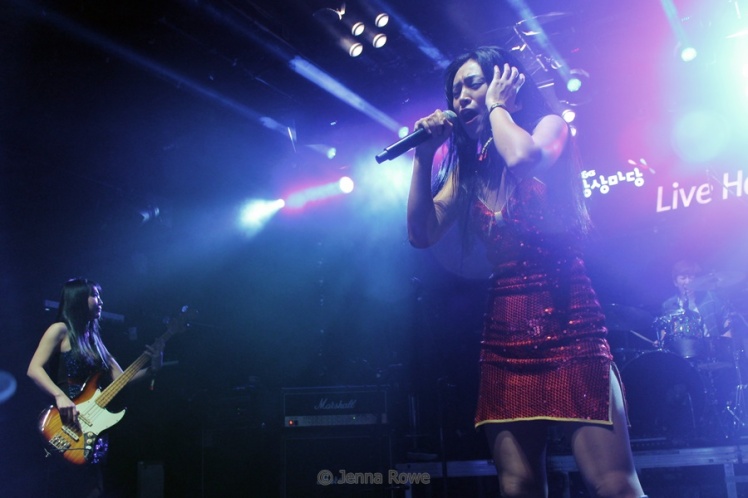 I’ve mentioned before, that I’ve been a fan for Biuret for about 10 years now, and I’ll admit to this performance being on the top of my list of  performances to see my entire trip to Korea. Not only have I been a long time fan, but Biuret had just debuted their first album in 8 years and was making a triumphant return to the scene. They even played the next weekend at MU:CON (which has me holding out hope of them possibly snagging a spot at SXSW as well.) I arrived early in order to have a front and center spot for them. I have allowed myself one fan moment per festival, where, tho I have press passes and am planning to write about them, I can play fan, and just enjoy my time. So here I was, in front of the stage at a Biuret concert. These are the moments that you dream about.

After waiting for the stage hands to switch out gear, Biuret starts to take the stage, and let’s face it, Hyewon comes out looking like a straight-up Siren, and the audience was ready to head her call. Even before the band started to warm up, there were loud and raucous screams from the fans, and I’ll admit to tearing up a little because I recognized the song they used for warm-up. But then they started to play, and all other thoughts were lost to the ether.

Things started out with a bang as they dived straight into The End Of The World, and one of my favorites 거짓말 (Lie). I sang along so hard, I was just too excited to finally see one of the most beautiful bands I know perform live.

Then things got interesting.

If you don’t know, it’s proper etiquette for Korean bands to chat with the audience in between songs. Usually it’s about the song, but sometimes they just shoot the shit. This is usually done in Korean, and I don’t necessarily zone out, but I had taken to using that time to upload stuff to Instagram for our fans around the world. When suddenly I hear Jackson’s voice trilling “waegookiiiiiinnn (외국인)” and I think “foreigner?” and look up. “Yes! you! What’s your name??” And I tell him…and then this continues…during each song break Jackson pops back to me and engages me in conversation. (At one point he asks my age (very common in Korea) but Hyewon saves me and tells him he can’t ask me that – and he apologizes and the audience laughs. I laugh, and it’s just generally a great time. They have a very die hard fan that’s next to me in the audience, they point her out and say “This is always a problem” with a smile and an eye-roll. They’re engaging, charming, and the entire band is genuinely interested in connecting with the audience. They aren’t just faces in a crowd to them, but people they want to get to know. It’s so rare of a band that’s as seasoned & nationally well-known to be so down to earth. 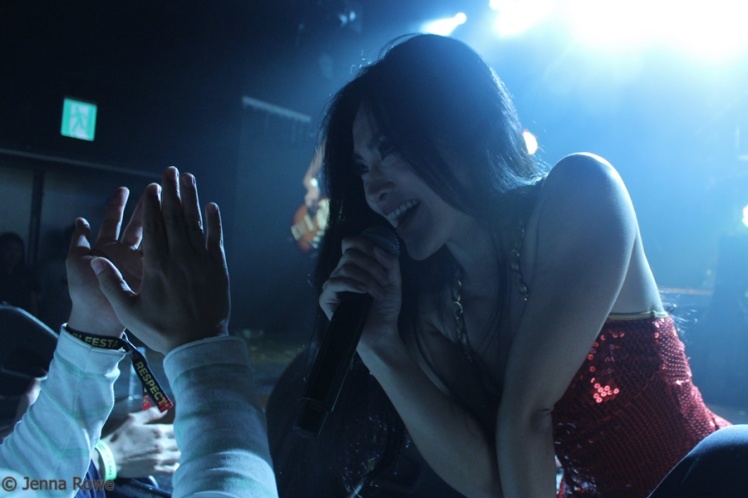 As the show progresses, Hyewon starts to get more and more active, she slams on the guitar, drops to the ground, twisting along with the music, 100% entranced in her own music. She eventually ditches the guitar, hops into the audience and proceeds to sing in their faces. At one point she puts the mic in my face and has me sing along in Korean. The audience is warm and cheers me on. I feel nothing but love in the audience. She hops back on stage, dumps a bottle of water on herself and moves to the music. She doesn’t need a sparkly red dress to draw your attention. She could do it wearing jeans and a t-shirt. This woman is charisma personified and her voice is perfection. 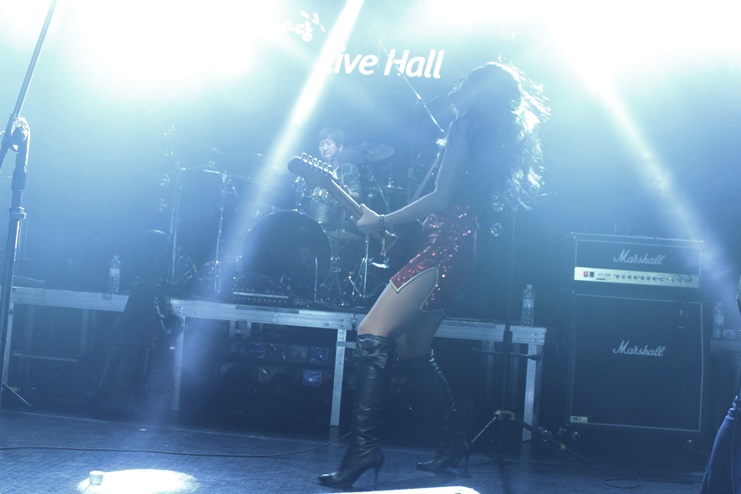 Eventually the show must come to an end, but since this is the last act of the evening, we cheer and cry and they come back out to do an encore for us. It’s magic, and they thank the fans wholeheartedly. And since Sangsangmadong is built without a true back stage exit – we see them as we also exit and they don’t shrink away – Jackson runs over and sells CD’s while Hyewon gladly takes pictures with fans, Jai chats with audience members and it’s just like a big happy family. 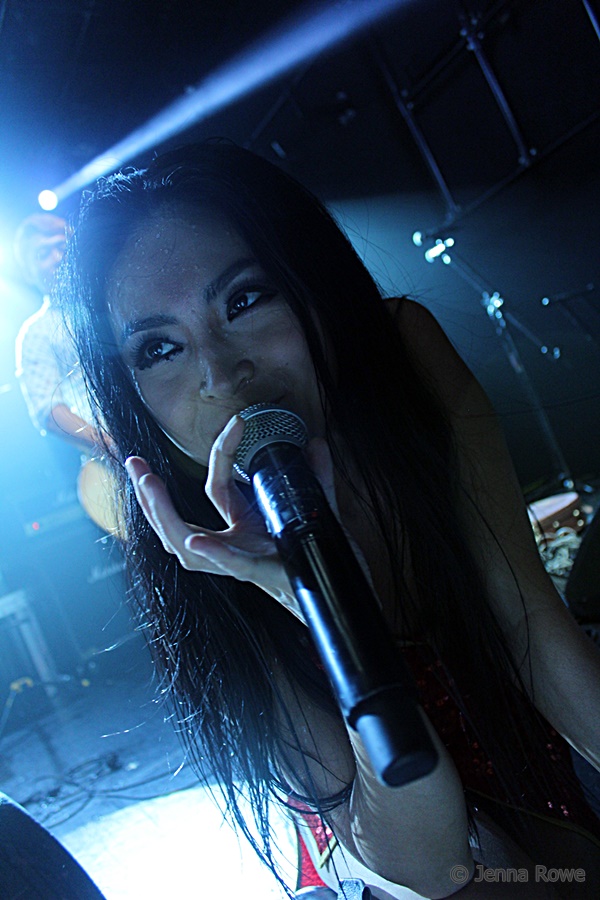 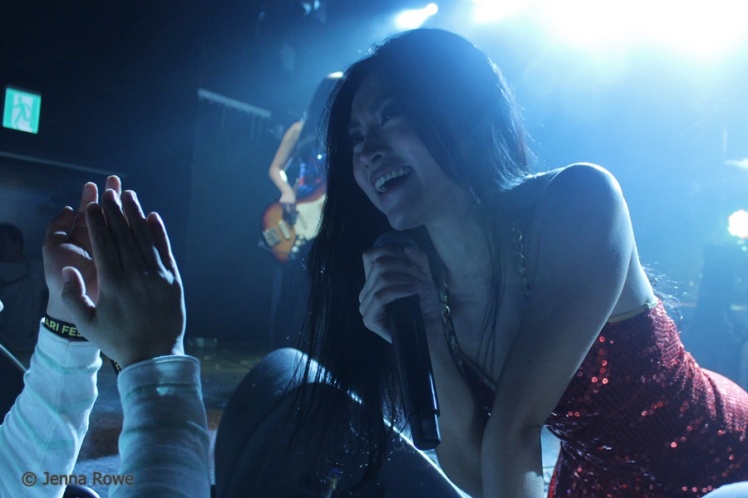 This is what I came to Korea for. This kind of unity, comradery and community amongst fans and musicians, and I found it, happily in one of my all-time favorite bands. It’s so great to match your image of a band with what they’re like in real life. Biuret has gone down in my book of favorite performers, and it was definitely the musical highlight of my 11 day trip.